Proof of ownership flagged as ‘biggest’ crypto issue for SMSFs

SMSFs have been warned on some of the challenges in proving ownership of crypto assets, with only certain exchanges allowing SMSF accounts to be registered. 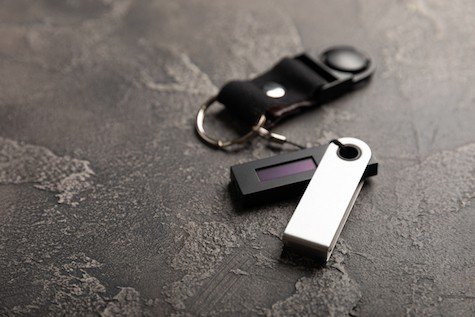 “The biggest issue that I see [for SMSFs] is proving ownership."

Mr Dell explained that in order to be able to prove the ownership and existence of the crypto assets for the audit of the fund, the account must be in the name of the SMSF.

However, some exchanges don’t enable SMSF accounts to be registered, he cautioned.

“Even with exchange based wallets, a lot of these exchanges don’t allow for trusts because a lot of the exchanges that come in from overseas [such as] the US, Singapore, Hong Kong, and Dubai, they don’t really acknowledge trusts under their legal system."

“A lot of their administration is overseas and if you say ‘I have an SMSF, you’re going to get a very blank stare and they’re going to ask ‘what’s that?’ and more than likely say no.”

Mr Dell noted that some of the Australian based providers do provide SMSF specific accounts which record the fund and the trustee.

“[However] there are a lot of other exchanges that don’t so if you have one of those accounts then you need to take extra steps to confirm that the trustee — most likely the company or the trustees themselves — hold that specific account for the sole purpose of the fund as a minimum."

“The ATO is yet to provide any real clarification on that but that’s realistically the best that we can do in the current environment."

“You’ll have a public key and a private key keeping that key safe, acknowledging it as part of the fund and the auditor is going to want to look at that and look at the tax report on that wallet to confirm that all the crypto is being used for the fund as well."

“So just like any other asset, it's an involved process but it's got those added complexities on top.”

With decentralised wallets or wallets not on exchanges, Mr Dell said it is critical SMSFs think about how they’re going to keep the security of the private key.

“One common security precaution is to use something called a ledger or a trezor which provides a two-factor authentication. It provides some protection from hackers and can also provide a clear path of ownership,” he explained.

“Auditors do like to see that in my experience.”

Mr Dell also warned that SMSFs using privacy systems such as Tornado Cash and Monero are likely to raise some red flags for the auditor.

“Tornado Cash was sanctioned by the US government and while they’re not illegal in Australia as of yet, in the context of an SMSF, using a privacy coin or a privacy chain or obscuring ownership is probably not in the best interest of the fund."

“If an auditor sees that you're using those systems, that should almost certainly be flagged [to ensure] that all the wallets are held properly in the fund.”