With the recent ATO statistics indicating a significant proportion of SMSF members in retirement phase may be eligible for the Age Pension, Accurium has highlighted this as an important planning consideration. 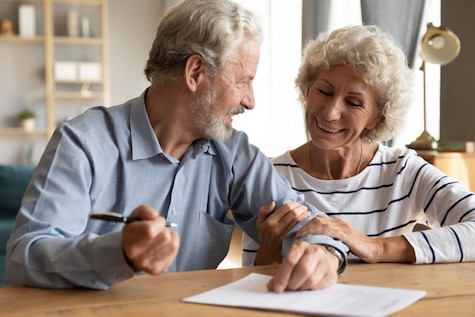 Ahead of an upcoming webinar, Accurium technical services manager Melanie Dunn stated that ATO statistics as at the end of the June 2022 quarter show that over 41 per cent of all SMSF members were aged were aged 65 or older and may be considering their eligibility for Age Pension.

Ms Dunn noted that the Age Pension age has been steadily increasing over the past five years from 65 and will reach age 67 from 1 July 2023.

“A retiree must currently be at least 66 years and 6 months old to be of Age Pension age, and this is increasing on 1 July 2023 to 67 for those born on or after 1 January 1957,” she said in a recent online article.

Ms Dunn reminded advisers that a person’s entitlement to Age Pension, if they are eligible to apply, depends on their assets and income, whether they own their home and whether they are a member of a couple. The lower of the entitlement calculated under the Income Test and Assets Test is what a household would receive.

“More SMSF retirees than you think may be entitled to the Age Pension.”

ATO statistics of SMSF member closing balances on 30 June 20203, she said, showed that around 65 per cent of all SMSF members in retirement phase had balances of $1 million or less, with just under 40 per cent of members having $500,000 or less.

“Obviously, all of a household’s assets, not just those in the SMSF, will count towards the Age Pension means tests, however this still indicates that many SMSF retirees may be eligible for some Age Pension,” she stated.

This was an increase of nearly 4 per cent on the March 2022 rates, said Ms Dunn, bringing the annual increase in maximum Age Pension to over 6 per cent.

“SMSF retirees who receive the Age Pension, either in part or in full, may see an increase in their Age Pension entitlements come through in their first payment after 20 September,” she said.

Given the complexity of the Age Pension rules and the fact that social security rules have changed over time, Ms Dunn said SMSF professionals play an important role in keeping retiree clients informed.

“Many SMSF retirees may believe they will never be entitled to an Age Pension or concession card. An expectation of receiving only a minimal amount, not knowing how to apply or if they are eligible, not wanting to ‘be on the Age Pension’, or simply avoiding the potential hassle of the application process, could all be reasons SMSF retirees may have decided not to apply for the Age Pension when they might otherwise be entitled to it,” she said.

One benefit of receiving even a small entitlement to Age Pension is the Pensioner Concession Card (PCC), said Ms Dunn.

“This is like the Commonwealth Seniors Healthcare Card but generally, the concessions are more widely available and significant than those available to CSHC holders,” she said.

SMSF professionals can help their retiree clients, she said, by informing them about changes which may impact their Age Pension or other concession card eligibility and helping them seek further information or advice about accessing these valuable entitlements and concessions.

“An additional consideration as retirees age is their need for home or residential Aged Care and the complex rules around accessing that support,” she added.